A new facility intended to train future firefighters and other first responders has broken ground in Allentown. WDIY’s Mike Balk has more.

The city held a groundbreaking ceremony Wednesday for the new Allentown Fire Academy, which will be located behind Mack South Fire Station along Lehigh St.

According to a release, the new facility received federal and state support from Congresswoman Susan Wild and State Sen. Pat Browne.

The Allentown Fire Academy trains individuals interested in a career as a firefighter. Fire Chief Efrain Agosto said in a statement that the department looks forward to inviting other jurisdictions to participate in the academy.

Agosto added that the region has seen an increased demand for training services.

Allentown also plans to offer educational opportunities at the Fire Academy to residents and businesses like preparing emergency operations plans, or general safety and health classes.

Additionally, the release notes that the building will also house the city’s first-ever Emergency Operations Center.

The new Fire Academy and EOC are anticipated to open in February 2023. 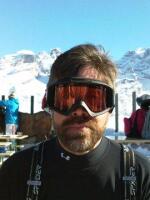 Mike Balk
Mike is the Thursday noon host of Fresh Air. He previously hosted Day to Day. Mike appears to be a professional volunteer even though he promises us that he is a computer programmer. In addition to volunteering at WDIY, Mike is also a Ski Patroller, and a Master Gardener.
See stories by Mike Balk