On the next Galactic Travels™, the month-long focus on Winter-Light Records concludes. The Featured CD at Midnight will be Ymuiden by Hessel Veldman.

You will also hear new music by B. Ashra on Separated Beats, from a compilation album on Manikin Records, and by Rob Papen and Ron Boots on Groove Unlimited Records. 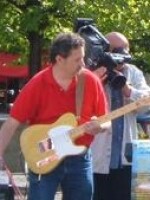