Michigan indie alt-Americana band The Accidentals joined host Bill Dautremont-Smith in the studio for a live performance and interview about their meteoric career.

This young multi-instrumentalist trio are on a national tour promoting their third album, Odyssey, that has garnered critical acclaim and a lot of airplay on WDIY. The band was in town to play a show later that night at SteelStacks in Bethlehem. 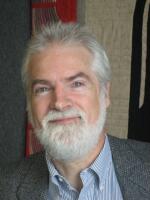