Want to know where to start? Charles has his top picks for the festival.

PFF opens with THE BANSHEES OF INISHERIN, which reunites Colin Farrell and Brendan Gleeson, after their performance in In Bruges, in a film that is the last part of a trilogy written, but never published by Martin Mcdonagh, who also directs the film. The dark comedy is about drinking buddies at an impasse when one ends their friendship.

Jerzy Skolimowski's adventurous EO is an evocative morality tale about a donkey’s journey into the heart of human compassion and darkness. The film premiered in competition at the Cannes Film Festival in May 2022, where it won the Jury Prize, tying with The Eight Mountains. This is a fav of PFF Program Director Michael Lerman.

BROKER by Japanese auteur Hirokazu Kore-eda returns with a deeply heartfelt caper about a band of misfits on an illegal mission to find an abandoned baby the loving, adoptive parents it deserves.

THE INNOCENT is the latest from French director Louis Garrel. In this lighthearted French caper, a melancholy widower becomes increasingly wrapped up in the schemes of his mother’s paramour, a thief recently released from prison. Valerie Complex of Deadline.com writes, “it is flat out entertaining. It hits all of the familiar beats of a romantic dark comedy, but it’s the witty, sarcastic dialogue that carries the entire establishing arc all the way to the end.”

PAMFIR - Shot in long takes, this stunning debut sees a former smuggler reunited with his family at their home near the Ukrainian border only to be pulled into one last job. Director: Dmytro Sukholytkyy-Sobchuk. Tickets are free as part of PFS on Us.

Read Charles James' full day-by-day picks for the best films of the fest. 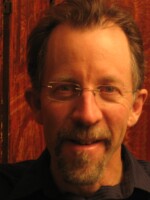