With the general election less than a month away, Alan Jennings welcomes incumbent Democratic Congresswoman Susan Wild (PA-7) to talk about her time and legacy in Congress, supporting Ukraine in its fight against Russia, climate change, fixing the tax code, and more.

Then in his "final thought," Alan talks about the critical importance of the upcoming 2022 elections - especially in today's uncertain times - and how the power of a person's vote can determine the future of not only the country, but also the human species.

*WDIY Public Affairs offered an equal-time opportunity to Republican candidate Lisa Scheller, who did not respond to multiple interview invitations from WDIY staff. 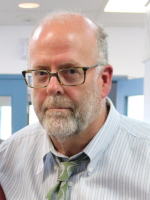