WDIY has captured five awards in the 2022 Pennsylvania Association of Broadcasters’ Excellence in Broadcasting Awards.

The announcement came on Monday as the PAB named winners in several different categories for radio and television stations across Pennsylvania. WDIY’s five award total was the highest for a single radio station across the Commonwealth, only matched by KYW in Philadelphia who also picked up five awards.

WDIY received awards for a range of outstanding feature stories and public affairs programs as well as an award for outstanding use of digital media.

“These awards are a wonderful testament to our small but dedicated news team of staff and volunteers and their true connection with our community and their stories,” said Greg Capogna, Executive Director of WDIY. “For a station of our size to receive this number of awards is a remarkable achievement.” 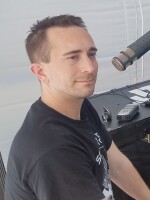