The Northampton County Sheriff’s Department is advising residents to be on the lookout for a phone scam that is trying to obtain fees. WDIY's James Johnson has more.

The department has received reports of residents being contacted by an individual claiming to be a “Lieutenant Rich Johnson," who says there is a warrant out for the resident’s arrest, and that they need to pay via bank check or a money order, otherwise they will be immediately arrested.

Northampton County says this is a scam intending to defraud residents, and that the sheriff’s department does not call residents and solicit money in lieu of an arrest

Residents should report suspicious solicitations to the Pennsylvania Attorney General’s office by calling 800-441-2555 or emailing scams@attorneygeneral.gov. 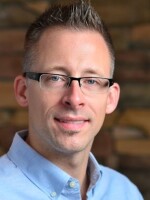 James Johnson
James Johnson, a Poconos and Lehigh Valley local who began volunteering for Sunday's Weekend Edition in 2019, proudly joined WDIY as News and Information Director in September 2020. Many customers, clients, friends and strangers over his 25 year career in hospitality, sales and small business consulting have suggested he should be on the radio, so now he is, living out his dream job with WDIY. He is dedicated to bringing balanced journalism, engaging local and regional stories, and continuing the fantastic work of WDIY's valuable volunteer hosts and writers, who contribute exceptional News and Public Affairs content for the listeners of the Lehigh Valley.
See stories by James Johnson
Related Content