Candice Night of traditional Renaissance folk band Blackmore's Night talks with WDIY's Karen El-Chaar ahead of the band's upcoming shows which will take them just outside of the Lehigh Valley.

Candice discusses what it's like to be back on the road, how she and her bandmate Richie Blackmore met, Richie being a rock musician playing renaissance music, how she began playing a traditional instrument like the shawm, and more.

Blackmore's Night will be performing the following upcoming shows:

Blackmore's Night is known for the instrumentation of British guitarist and songwriter Richie Blackmore who has played in rock groups like Deep Purple and Rainbow, along with the ethereal vocals of Candice Night who has previously done backing vocals for both of Richie's aforementioned bands. 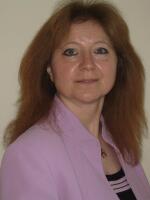