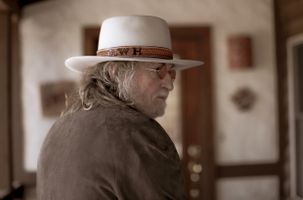 Texas’ self-proclaimed outlaw Ray Wylie Hubbard has been making outspoken country rock for legions of fans since the 1970s. He started with the hit “Up Against The Wall, Redneck Mother,” which he wrote and was made famous by Jerry Jeff Walker’s recording. He’s released over a dozen albums, tours relentlessly and uses his boisterous personality to host a radio show from his home. Ward Hayden & The Outliers will start off the show. Described by Rolling Stone as “Modern-day Buddy Holly plus Dwight Yoakam divided by the Mavericks,” former Girls Guns & Glory Ward leader Hayden returns with the same energetic Americana rock vibe!