Fetterman Gives Speech in Pittsburgh, as Oz Criticizes His Health

U.S. Senate candidate John Fetterman spoke publicly Tuesday for only the second time since he had a stroke in May. WESA’s Oliver Morrison reports that his appearance in Downtown Pittsburgh likely won't put an end to questions from his opponent about his health.

Read the full story at: https://www.wesa.fm/politics-government/2022-08-23/fetterman-gives-first-pittsburgh-speech-since-stroke-as-rival-steps-up-criticism-of-his-health 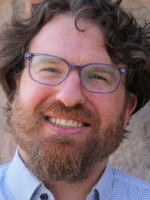 Oliver Morrison | WESA
Oliver Morrison is a general assignment reporter at WESA. He previously covered education, environment and health for PublicSource in Pittsburgh and, before that, breaking news and weekend features for the Wichita Eagle in Kansas. He started his career in New York reporting for local and national publications like City Limits and The Atlantic. He taught English and theater in the Arkansas Delta for seven years before switching careers in 2013. Oliver is a graduate of Deep Springs College, the University of Oxford and the CUNY Graduate School of Journalism.
See stories by Oliver Morrison | WESA