For Josh Shapiro, the Only Dem Candidate for PA Governor, It’s All Going According to Plan

Pennsylvania Attorney General Josh Shapiro has announced his bid for the Democratic nomination for Pennsylvania governor. This isn’t a surprise to anyone. Shapiro’s political ambitions have been well-known throughout his almost two decades in state politics.

But WHYY’s Katie Meyer reports his bid is unusual because, so far, he has the whole primary to himself. 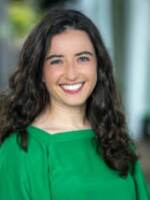 Katie Meyer | WHYY
Katie Meyer is WHYY’s political reporter. She covers politics, policy, power, and elections at every level of government, with the goal of showing how it all affects people’s lives.
See stories by Katie Meyer | WHYY