Restoring ‘Respect and Dignity’ to 777 Souls Who Died at DE Psychiatric, Buried in Numbered Graves

Artists who struggle with mental health issues have spent several years trying to honor the memory of hundreds of people who died while in Delaware’s psychiatric hospital, and were buried on the grounds as long as a century ago in graves marked only by numbers.

WHYY’s Cris Barrish reports on the latest efforts to restore the dignity of those who had long been forgotten. 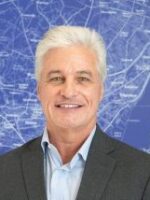