In the Celtic countries, trees were treasured and imbued with magical qualities, superstitions, and folklore. One of the most magical is the Hawthorn, a beautiful, often gnarled, thorny little tree which blossoms white in the month of May, and is known by many names, The May Tree, The Beltaine Tree, The May Blossom, The Whitethorn, etc. In Irish it is Sceach Gael but it is also known it as the Faerie Tree, for it is said to guard the entrance to the faerie realm, and it is still considered bad luck to harm one. You may however collect sprigs of flowers during the month of May to place outside the home, to banish evil spirits or misfortune (but always ask the guardians of the tree first – and never, ever bring it inside!)

The Hawthorn has long been associated with fertility and so at Beltane (May 1) young women would often take a sprig of blossom and keep it close as a way of attracting a husband. Hawthorn wood is often used in handfasting rituals, as it ensures a lasting relationship. But the wood must be windblown, found wood, as you must never cut a Hawthorn. In Ireland, May was a also time to hang ribbons or bits of colored cloth on Hawthorns and make a wish or a prayer, especially if it grew near a well. This was also done to ask for the blessing of goddess and saint Brigit, and the bits of cloth blessed by Brigit would be would be used year-round for healing.

The blossoms were used for May garlands, and large leafy branches were cut and decorated with bright wildflowers, bits of painted eggshell and ribbons and then set outside cottages as May bushes, or paraded through town by the May Queen and King. In Dublin and Belfast, May Bushes were brought into town from the countryside and decorated by the whole neighborhood. Each neighborhood vied for the most handsome tree and, sometimes, residents of one would try to steal the May Bush of another. This led to the May Bush being outlawed in Victorian times. In some places, it was customary to dance around the May Bush, and at the end of the festivities it was be burnt in the bonfire.

But Hawthorn magic went beyond May. It is known as a tree of protection and for this reason it will be found growing near a house, as well as holy wells, where it wards off storm and lightning. In Ireland most of the isolated trees, or so-called 'lone bushes', found in the landscape and said to be inhabited by fairies, were hawthorn trees. Such trees could not be cut down or damaged in any way without incurring the often fatal wrath of their supernatural guardians.

Thomas the Rhymer, the famous thirteenth century Scottish mystic and poet, once met the Fairy Queen by a hawthorn bush from which a cuckoo was calling. She led him into the Fairy Underworld for what seemed a brief sojourn, but upon re-emerging into the world of mortals he found he had been gone for seven years. Themes of people being waylaid by fairy folk to lands where time passes differently are common in Celtic mythology, and the hawthorn was one of the most likely trees to be inhabited or protected by the Fairy Gentry.

For Celtic Cultural Alliance, this is Kate Scuffle – Slainte! 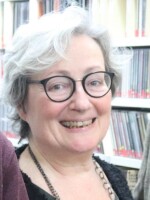 Kate Scuffle
An actress, producer, writer and educator, Kate is the Managing Director of Selkie Theatre, and was the founding Executive Director of the award-winning Theatre Outlet. At The Outlet she produced several innovative performance series featuring new drama, music, dance and spoken word, as well as the Outlet’s Educational Outreach programs.
See stories by Kate Scuffle